Martin Luther King Jr. Day is celebrated on the third Monday of January each year. It is a day to honor MLK Jr., who was born on January 15 and who was the most visible spokesperson and leader of the civil rights movement.

Learn how Martin Luther King Jr. got a holiday here!

Since he spoke out against racial discrimination, his life and his speeches can be used to help students learn how to write persuasive and expository essays.

For expository, you can have your class listen to King’s “I Have a Dream” speech. After listening, students can write essays which explain what his intent was with this speech/why it was being delivered or essays which simply evaluate the points MLK Jr. made.

On a deeper level, a class could explain why peace is important, why racism causes problems or what their dreams and hopes in life are. All essays need a thesis, body paragraphs with topic sentences and a conclusion that restates the controlling idea.

To get a little more creative, you can even have students further illustrate their thoughts through art, such as object portraits that were done by a class in Maryland!

For persuasive, there are many angles that would work. The goal is to have students argue, using logic and reason to show that their points are more legitimate than any other. Some prompts include:

Both sides of the issue must be understood, and the stance should be clear and backed up by compelling evidence. 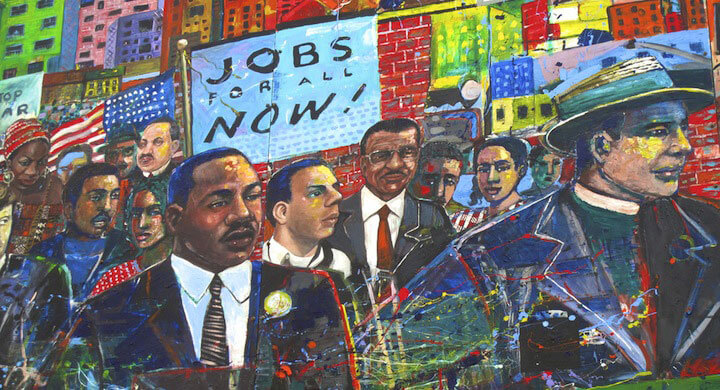 Sign up now to start your free writing project.